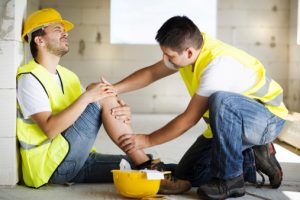 In late September, a pair of construction accidents claimed the lives of two Manhattan workers just hours apart from one another. The accidents sent shockwaves through a city already struggling to curb construction-related accidents, with the fatalities representing the city's sixth and seventh of 2017. With rules and regulations bolstering the safety of city construction workers far off, though, it's critical not only for workers themselves to take matters of safety into their own hands, but also, for employers to ensure all precautions are taken to avoid serious, and oftentimes fatal, construction accidents throughout the city.

According to NBC 4, two construction workers were killed on the same day in September in scaffolding accidents a mere hours apart. A total of three workers fell in both scaffolding accidents, with two suffering fatal injuries. The first occurred at 1 Seaport Residences in Manhattan, where a worker fell from the 29th floor. The second fatal accident occurred later that day at at 400 W. 33rd St. on Ninth Avenue - a site where another construction worker was killed in a similar accident in June, according to NBC 4. The tragic accidents represented the city's sixth and seventh construction-related fatalities of the year, with twelve fatal construction accidents reported in both 2015 and 2016. While the City Council approved a bill earlier this year requiring a more thorough database of who is injured or killed in a construction-related fall, another bill requiring workers to undergo safety training and apprenticeship courses remains unknown.

Local 1447,  which NBC 4 discussed in April, would require workers to possess a work visa and/or a GED just to begin safety training and apprenticeship before being allowed to work any type of construction job, including scaffolding, elevator shafts and other sites where construction accidents have proven most fatal. However, construction advocates and New York's Real Estate board have spoken out against the proposed bill, claiming it unfairly targets larger developers instead of smaller sites where accidents happen. The NBC 4 article also suggests that some advocates are seeking for entry requirements to be lowered - and not raised - so the most economically disenfranchised workers could find work within the construction industry.

Proponents of the bill have cited numerous egregious violations of workplace safety in response. These include a fatal construction accident in 2015 involving a worker killed while working for a company not licensed to operate in New York City and another 2015 accident involving a worker killed in an unprotected trench, resulting in a manslaughter claim. But regardless of the outcome of this bill, parties on both sides should remember that safety is every employee and employer's responsibility - especially at construction sites where countless workers have been injured or killed. When an employer can be found at fault for causing a serious accident, that injured worker - or his or her loved ones - may be eligible to collect compensation with the help of an experienced construction accident attorney.