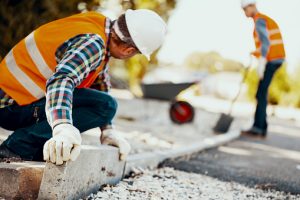 The construction boom in New York City, marked by renovations and new developments across all five boroughs, has meant an influx of construction crews and vehicles throughout the city. It hasn't gone unnoticed by city officials and safety advocates, who have been trying to implement a number of measures that would prevent construction accidents and make sure workers avoid injuries and preventable illnesses.

However, passing legislation to protect those more than 145,000 has proven a significant challenge, according to The Commercial Observer, which focuses on midtown business news.

The motivation behind the measure, according to supportive council members, is the high rate of New York construction accident injury and fatalities. Since 2015, there have been 35 construction worker deaths in the city. Supporters say the measure will put the onus on construction companies and developers to make sure workers have a safe job site. It would also empower the government with sufficient oversight to make sure those safety rules aren't being flouted.

But the measure has not been without opposition.

In particular, the aspect that has driven the most strife is Intro 1447. This law would mandate apprenticeship programs for construction workers of any major buildings (those which are 10 or more stories tall) or on sites where demolition is taking place on a building four stories or higher.

Unfortunately, Intro 1447 didn't gain much traction, as it spurred significant controversy. Trade unions bitterly fought the city on this matter, arguing it was going to take months and cost hundreds of thousands of dollars in order to certify non-union contractors, as was required by the bill. Apprenticeship programs are organized by or include unions, but they are certified by the Department of Labor. The fear was not only was this requirement going to cost significant sums, it would disadvantage non-union workers.

The proposal sparked protests outside of City Hall, with both sides represented. Council members received a letter from the city's Housing Authority voicing disagreement with the bill. The New York Construction Alliance stated the bill would work better if the focus instead were on overall safety training on construction sites, as opposed to additional training via apprenticeships in the technical trades.

Real estate officials say that requiring apprenticeship programs would make it tougher for smaller firms to make it, and minority workers would be disadvantaged, at least in part because of GED and language requirements. But supporters say the goal is building a workforce that is trained, skilled and experienced - which will mean fewer New York City construction accidents in the long-run.

Although the measure was left out of a recent construction safety bill, council members hope to keep open negotiation on the measure. Additionally, the city reportedly plans to produce reports detailing federal and local data, which shows nearly 600 people were injured on construction sites in New York City last year - an injury count that is markedly higher than the 10-year average of 256.