Home » Blog » Bike Lanes in NYC Are Protecting Cyclists—Here's How

Bike Lanes in NYC Are Protecting Cyclists—Here's How 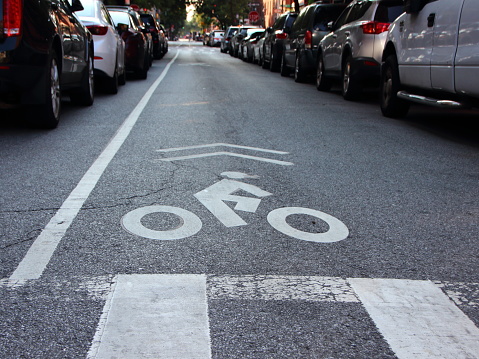 The streets of New York City offer a perfect example of the benefits of encouraging people to use bicycles to relieve traffic congestion. But the risk of bicycle accidents increases as more people choose to pedal around the city.

The plan to increase bicycle safety and ridership is in full gear in New York City, according to a Department of Transportation (DOT) study. The installation of bike lanes has reduced the risk of cyclist injuries by 32% while increasing commuter ridership by an astounding 50%.

The numbers are part of the DOT report “Safe Streets for Cycling: How Street Design Affects Bicycle Safety and Ridership.” It analyzed the impact of conventional, protected, and shared bike lanes at more than 100 locations in the five boroughs.

Key findings from the study include:

Why these numbers are important

First, of course, is the No. 1 goal: protecting the health and safety of bicyclists. Underscoring the mission is the fact that bicycle ridership is a growing, important component in reducing New York City traffic congestion. Overall, ridership rose about 3.9% from 2018 to 2019, and 26% since 2014, according to the DOT annual report, “Cycling in the City.”

What to do when bike lanes aren't enough

All the good news about improved bicycle safety in New York City comes with a disclaimer: No matter how careful you are when riding your bike, you are largely at the mercy of motorists who make avoidable mistakes, choose to drive recklessly, or simply fail to look out for bicyclists and pedestrians.

Texting and driving, speeding, tailgating, and aggressive driving are all common causes of bicycle accidents in NYC. Other times, people are injured when someone in a parked car fails to check for a cyclist before opening a car door into the path of the rider (this is known as a "dooring" accident).

Regardless of how your bicycle accident occurred, it's in your interest to talk to a lawyer if you were hit by a car while riding your bike. That way, you can get a clear understanding of your legal rights and options.

Don't let an insurance adjuster try to downplay the severity of your injuries or pressure you into accepting a lowball settlement offer. Get a bicycle accident lawyer in your corner who won't let the insurance company push you around. The last thing you want to do is lose out on the compensation you're entitled to.

At Giampa Law, our attorneys have been fighting for injured cyclists in NYC for years and understand what it takes to win. Find out how we can help you. Contact us today for a free consultation with an experienced Bronx bicycle accident attorney.