Home » Blog » Pedestrian Fatalities Down in NYC as Safety Improvements Made

Pedestrian Fatalities Down in NYC as Safety Improvements Made 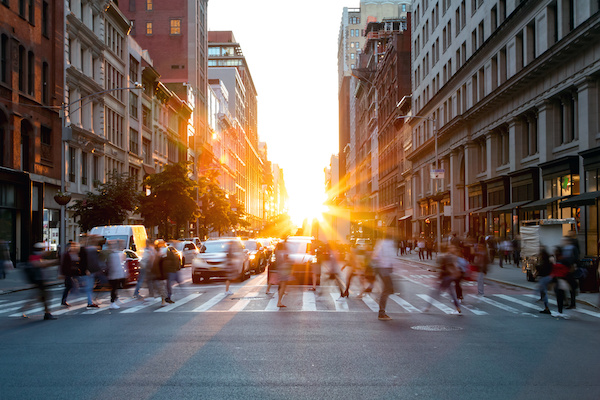 Here's what's being done to protect The City's most vulnerable road users.

Safety improvements were made at 1,400 intersections throughout New York City in 2022, and pedestrian deaths were among the lowest on record, Department of Transportation (DOT) Commissioner Ydanis Rodriguez announced late last month.

More than a million people commute from out of the city each day, and foot traffic in the city is always quite heavy, increasing the risk of a pedestrian accident. There were 125 pedestrian deaths in the city in 2021, the highest in nearly a decade.

Improving intersection safety to protect pedestrians was a stated goal of the Adams Administration in January 2022, when the mayor and the DOT committed to making improvements at 1,000 intersections. That commitment was later expanded to 1,400 intersections.

Improvements made at intersections

"Let me be clear: any loss of life on our streets is unacceptable. That's why DOT is committed to using every available tool to make our streets safer and end reckless driving," Rodriguez said.

"New York City is leading the nation as an example of how cities can use engineering, education, and enforcement to reduce senseless traffic violence. And we will continue to take an equitable approach to delivering our life-saving projects across the city."

Improvements made by the DOT throughout the past year include:

The DOT also released a study of the pedestrian safety of older New Yorkers, which included an action plan to reduce the number of senior pedestrians involved in pedestrian accidents.

Negligence is often the cause of car vs. pedestrian collisions

In almost every case, pedestrian accidents are caused by reckless or negligent drivers. These include drivers who were:

Contact Giampa Law if you were injured in a Bronx pedestrian accident.

Injured pedestrians – and the families of pedestrians who are killed – deserve financial compensation after an accident caused by a negligent driver. But recovering compensation is a complicated process. Drivers often deny negligence and refuse to accept responsibility. This puts victims in a position of having to prove negligent behavior.

Insurance companies may question the seriousness of injuries or even argue that injuries were pre-existing. They may even try to blame the pedestrian for what happened. They will often make a settlement offer that falls far short of covering the damages suffered.

If you or a loved one was hurt in a pedestrian accident in the Bronx or anywhere in New York, it's important to get trusted legal advice. Giampa Law can help. Contact us today to schedule a free consultation.