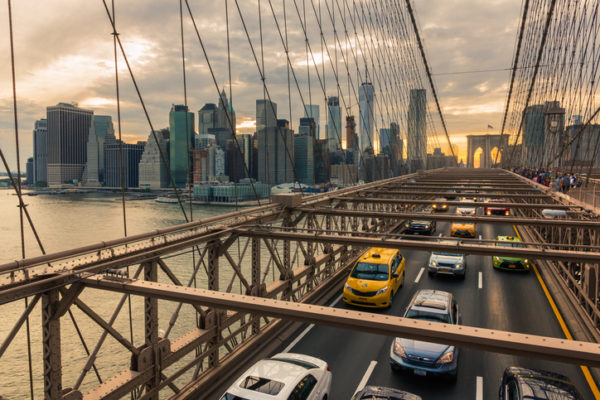 According to Rodriguez, New York City neighborhoods experiencing the largest increase in car accident fatalities include Hunts Point in the South Bronx, Bushwick and Canarsie in Brooklyn, Jamaica in Queens, and Harlem and Washington Heights in Manhattan.

The New York Times reports there were 64 car accident fatalities in New York City through April 26 of this year. In contrast, there were 61 motor vehicle deaths in the city during the same period last year.

One reason why this year’s figures are so much higher has to do with the number of car accident deaths involving drivers and passengers. Of the 64 deaths this year, 23 involved drivers or passengers. Last year’s 61 deaths only involved 13 passengers or drivers.

If this year’s death toll continues to climb, it will carry on the trend that started statewide in 2020. The year after car accident fatalities in New York State fell to their lowest level in a decade, deaths due to motor vehicle accidents soared in 2020 and 2021 statewide, according to accident statistics compiled by the National Highway Traffic Safety Administration (NHTSA).

While car accidents happen for many different reasons, traffic safety officials in New York City blame speeding drivers for the recent sharp increase in car accident fatalities. The same has been true throughout the country over the past two years, as people have been driving faster since the start of the pandemic.

“There has been an epidemic of speeding and reckless driving around the country during the pandemic in part as some drivers have become emboldened by emptier roads,” The New York Times reported. The Times also noted that the number of speeding tickets issued by New York City Police Department officers doubled in 2020 compared to 2019.

Along with speeding, other contributing factors include drunk driving and people not wearing seatbelts.

You might think you don’t need legal help if you were injured in a crash caused by someone else, but it's in your interest to at least talk to a car accident attorney about your rights and options. Sometimes, the at-fault driver might deny doing anything wrong or try to blame you for causing the accident.

Other times, the at-fault driver’s insurance company might purposefully delay, dispute, or deny your claim. That's when having an experienced car accident attorney on your side to aggressively advocate for your best interests can make a meaningful difference in the outcome of your case.

At Giampa Law, we know how to take on insurance companies and fight for the compensation our clients deserve. That’s because our legal team has decades of experience successfully handling complicated car accident claims in the Bronx and throughout New York City.

To find out more about how we can help you, contact us today to schedule a free consultation with an experienced Bronx car accident lawyer. There are no obligations, and we offer legal representation on a contingency fee basis.