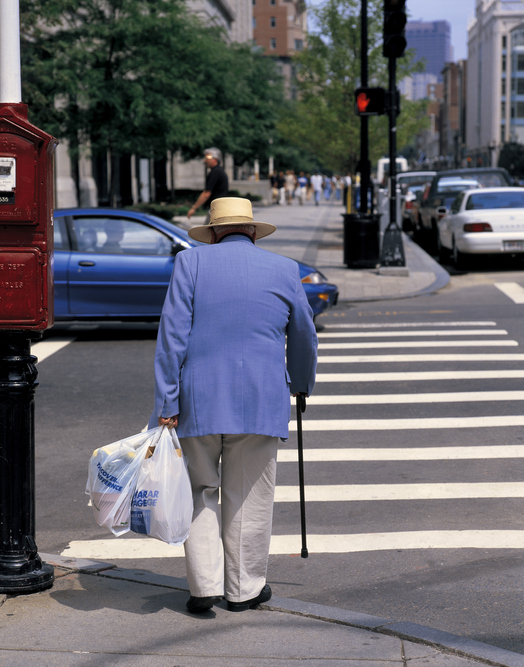 A Bronx pedestrian accident lawyer explains why older residents are at risk in NYC.

“Seniors make up less than 15% of the city’s population but more than 45% of its traffic fatalities, the Department of Transportation found in a report released this year; in the Bronx, seniors are 12% of the population but make up 31% of traffic deaths,” AM New York reported.

Sadly, the dangers older pedestrians face in New York City are well-known to the Bronx pedestrian accident attorneys at Giampa Law. We have been fighting for the rights of injury victims in the Bronx and throughout NYC for decades, and we understand how devastating pedestrian accidents can be.

If you or someone you love was hit by a car in the Bronx, it's important to know your legal options. Contact us today for a free consultation to see how our law firm can help you.

The recent fatal pedestrian accident in the Bronx that prompted the AM New York article about this issue took place in the Morris Park neighborhood on Nov. 11, 2022. According to police interviewed by AM New York, the 91-year-old Bronx resident was raking leaves outside his home when a driver struck him on Rhinelander Avenue. The older Bronx resident sustained severe head trauma and was transported to Jacobi Hospital, where he succumbed to his injuries the following day, AM New York reported.

“Raking leaves should not be a death sentence,” Families for Safe Streets member Irma Rosenblatt, who lost her 88-year-old mother to a traffic collision in Riverdale in 2014, said in an interview with AM New York. “Yet our city’s failure to build safe streets in every neighborhood has led to another preventable act of traffic violence.”

Pedestrian accidents on the rise in NYC

Why pedestrian accidents happen in NYC

Similar studies have previously found that distracted drivers, especially texting drivers, often cause pedestrian accidents since they are not paying attention to people crossing the street or walking alongside a road.

You might think you don’t need a lawyer if a driver hit you and caused injuries. But the reality is pedestrian accident claims in New York often turn out to be complicated legal cases.

At Giampa Law, we know how to fight for injured NYC pedestrians. For example, in one case, we secured a $1.5 million verdict for a client who was hit by a car while crossing a street in Bronx County.

Discover what we can do for you and contact us to schedule a free consultation with a Bronx pedestrian accident lawyer you can count on when it matters most. We handle injury claims throughout New York on a contingency fee basis. That means you only have to pay us if we obtain a financial settlement or verdict for you. It’s that simple.

"I would absolutely recommend Giampa Law’s services to anyone in need of justice and compensation. Their office staff is excellent, always in contact, and willing to help throughout the whole process. They are GREAT!" — Google Review