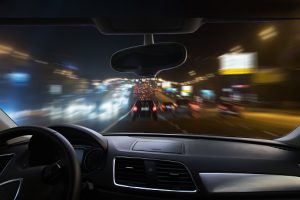 According to a recent survey by the National Safety Council, the risk of a fatal crash is three times higher at night than during daylight hours. The survey also found that most crashes happen from 2 to 4 pm, midnight to 2 am, and 4 am to 6 am, when it is mostly dark outside.

This makes sense, as it’s much harder to see other cars and pedestrians in the dark. Drivers are also more likely to be fatigued or impaired at night.

Sleepiness and poor visibility, a common problem at night

As many as 60 percent of adults have reported driving while fatigued, which poses a danger not just to themselves, but to everyone else on the road. This is because the lack of sunlight can trick our circadian rhythm (our body’s natural clock) into releasing melatonin, a sleep hormone.

The month of December reaches peak darkness. This means motorists will spend more time driving in the dark. While much of New York City is well-lit during the dark hours, nighttime driving can be especially dangerous when mixed with fog, rain, and snow.

Additionally, drivers in areas that aren’t well-lit may only see up to 250 feet with regular headlights. With high-beams, the average visibility range doubles to 500 feet. Visibility may also be a problem for drivers around the age of 60 or older.

High-beams should only be used with care at night. In most parts of New York City, they may not be necessary. When motorists use them irresponsibly, they can obstruct other drivers’ visibility.

Get a legal team you can depend on

The dedicated legal team at Giampa Law has proudly served accident victims in New York City for many years and we can help you too. After an accident, we will negotiate with the insurance companies to get you the care and compensation you deserve. We fight so that you can focus on what is most important – healing.

If you have been injured in an auto accident in this great city, contact us today to learn more. A Bronx car accident lawyer is waiting to speak with you.