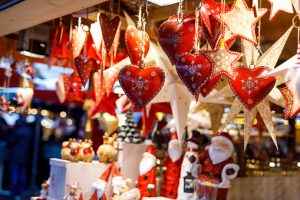 "Home for the holidays" should be a guarantee, not an anxious hope to potential travelers this winter. Unfortunately, the roads aren't as safe as they should be to ensure that visits to loved ones are without hazards.

Every year, motor vehicle accidents claim over 30,000 lives. In 2014 alone, there were 966 fatal car crashes, and 118,465 non-fatal ones in the Empire State. That year, 242 deaths throughout the five boroughs were due to motor vehicle collisions, according to New York World. And with the amount of traffic that comes to or through New York City at this time of year, it's not surprising that the holiday season is one of the most dangerous times.

Alcohol use is a key contributor to fatal accidents

During the holidays, the potential for fatalities and catastrophic injuries increases due to several factors. The National Institute on Alcohol Abuse and Alcoholism (NIAAA) reports that 40% of traffic accidents between Christmas and New Year's involve drunk drivers. Despite DUI checkpoints and the use of breathalyzers, not enough party-goers seem to monitor their own alcohol intake. And while driving under the influence is becoming less common as a cause of collisions in general, it remains disproportionately likely to cause fatal accidents.

How can we best avoid these catastrophic collisions? The highest number of drunk drivers are on the road between 12 A.M and 3 A.M, meaning those times should be ones to avoid. But during the holiday season, drunk driving is a threat at any time of day. At this time of year, 16% of people drink more - which means about one in eight drivers may be testing their limits as far as alcohol is concerned.

Wintertime is prime season for accidents thanks to the harsh weather. Ice, sleet and snow are recipes for disaster on crowded roads. Here in New York, the prevalence of icy roads and the region's infamous unpredictable snowstorms make the season particularly dangerous, especially with the number of out-of-state visitors who may not have experience driving in the snow.

The holiday season is especially dangerous, even when compared to the rest of the winter, because people are so likely to be in a hurry. In bad weather, the only safe thing to do is slow down. But with so many drivers anxious to get to their destinations - and driving at unsafe speeds to do so - the risk of accidents is high.

We all have a destination we want to reach. How do we get there safely? Take precautions: wear your seatbelt, avoid rush hour traffic, and drink responsibly. Slow down and be alert in inclement weather. Watch out for other vehicles, which may be difficult to see due to winter weather, and hazards that may be partially obscured by snow. And if you don't feel safe driving, don't get behind the wheel in the first place.

As always, your driving and travel etiquette could be perfect, but that doesn't ensure safe roads or alert and sober drivers in the lane next to you. If you or a loved one has been injured in an auto accident thanks to a reckless or intoxicated driver, an experienced attorney can help you seek justice.