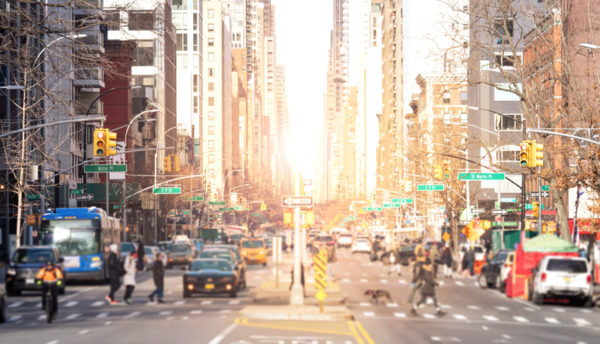 2021 has been a deadly year for NYC pedestrians

Fatal pedestrian accidents are on the rise nationwide, and in 2021, that trend has continued here in New York.

A recent report found that the first half of 2021 was the deadliest six-month stretch for New York pedestrians in recent years, with at least 64 pedestrian fatalities across the Five Boroughs from January 1 through June 30. That trend continued with eight more pedestrian deaths in July and nine in August.

In addition, an Insurify Insights analysis of driver behavior found that Staten Island was the most dangerous place in the country for pedestrians, with the Bronx, Brooklyn, and Manhattan also ranking in the top 10. The Insurify study didn't look at pedestrian deaths directly; rather, it calculated the percentage of drivers in each area who have been cited for failure to yield to pedestrians, which researchers argue is a better predictor of future risk.

While the problem is particularly acute in New York, the increase in pedestrian deaths is national in scope. The number of pedestrian deaths increased by 4.8% from 2019 to 2020, and even that number understates the extent of the problem. People were on the road far less in 2020 due to pandemic-related travel restrictions and shelter-in-place orders, and the increase in fatalities was in spite of this dramatic decrease in travel. When vehicle miles traveled (VMT) are taken into account, the pedestrian fatality rate increased by a whopping 21%, the largest such increase ever reported.

Motorists have the primary responsibility to share the road

The majority of pedestrian accidents are caused by driver error. In particular, pedestrians are vulnerable to distracted drivers because they're much smaller and easier to overlook than cars. Speed is a factor, too; the faster the car is moving, the longer the stopping distance and the greater the force of impact. Alcohol is a factor in many fatal pedestrian accidents. Above all, drivers need to follow the rules of the road; far too many pedestrian accidents involve a pedestrian who is in a crosswalk and has the right of way.

Especially in fall and winter, as the nights get longer, motorists need to be particularly mindful of pedestrians at night. In low-light and low-visibility conditions, the first thing to go is peripheral vision, which is a problem when pedestrians enter the roadway from the side. Too often, an inattentive or speeding driver fails to notice a pedestrian until it's too late to avoid a crash.

That's one of the reasons accountability is so important. Injured pedestrians need compensation for their injury-related expenses, and negligent motorists need to be held responsible to prevent future injuries. If you were hit by a car in the Bronx or anywhere in the New York City area, contact Giampa Law today for a free consultation.