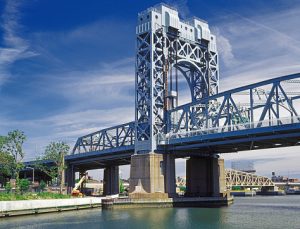 When many of the bridges over the Harlem River were built, they didn't focus on the safety of pedestrians and bicyclists. They were built with cars in mind. "Pedestrians and cyclists [were] often an afterthought, if that," says DOT Commissioner Polly Trottenberg.

Only five of the 11 crossings have bike path connections, and many pedestrian crossings require people on foot to cross at wide points in the road across fast-moving traffic. This makes traveling between the Boroughs a challenge for anyone without a car.

The campaign for improvement

To address the issue, activists started campaigning for improvements, leading the city to start collecting community input on the subject in 2015. These efforts have resulted in the Harlem River Bridges Access Plan, which is set to correct these issues. The report itself recognizes these bridges function like mini-highways in the midst of neighborhoods and are "disrupting the local street grid." The plan will address this issue by expanding the pedestrian and bicyclist rights-of-way and make structural improvements using low-cost materials.

The timetable for this plan extends over the course of the next decade and is being included in existing plans to replace and improve several of the bridges. Broadway Bridge is next in line for improvements, which are scheduled to begin in 2020. The Harlem plan includes the addition of buffered bike lanes to the project. Not every bridge will be receiving bicycle accommodations, though. Cyclists looking to cross the Third Avenue Bridge will instead be redirected toward the nearby Willis Avenue Bridge.

Pedestrian and bicyclist safety is possible

This isn't the first time city officials attempted to make similar improvements. In the 1980s and 1990s, improvements to bike access were made by eliminating stairways, opening up bridge lanes, and building entirely new structures like the Williamsburg Bridge biking and walking path, substantially increasing biking and walking safety. It wouldn't be a stretch to say that doing this helped alleviate traffic density in the city, too.

This project will likely not eliminate accidents on bridges and intersections, though they will be safer. One act of carelessness can result in a catastrophic injury or fatality. If you have been hit by a motorist while crossing a bridge, you need to act fast. Consult with an experienced pedestrian accident attorney at Giampa Law. We know how to handle accidents involving pedestrians and bicyclists.