What to do if you were hurt in an intersection crash 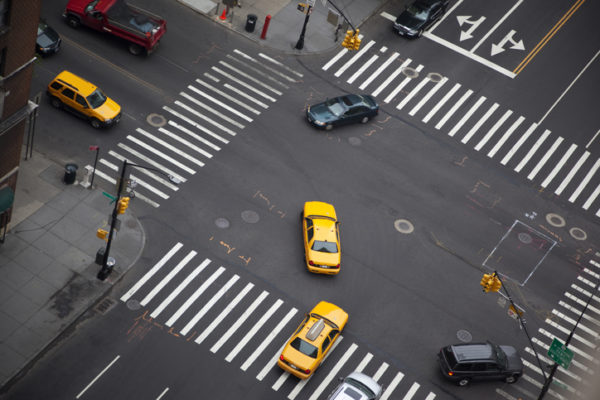 An experienced Bronx car accident lawyer explains what to do if you were hurt in an intersection accident.

NYC has some of the most congested streets and intersections in the nation. With millions of people living and commuting within more than 400 square miles, navigating our intersections can be nerve-racking. Motorists, truck drivers, bicyclists and pedestrians often use the same intersections and sometimes find themselves at odds with each other. Knowing who has the right of way can be confusing at some of NYC's intersections. But failure to yield the right of way or simply to comply with traffic signals often results in serious and fatal intersection accidents.

Who is at fault for an intersection crash?

Determining fault in an intersection crash can be fairly simple or complex, depending on the type of crash and the factors that contributed to it. They typically occur when a driver:

Why an investigation is necessary

Until a full investigation is conducted, nobody can determine who was at fault for an intersection crash. In many cases, there is a lot of finger-pointing that goes on as one side tries to pin the blame on the other. Moreover, the insurance company of the at-fault driver will likely shift the blame to avoid its obligation to fully compensate the crash victim.

To determine who was at fault, an experienced car accident attorney would need to gather the following pieces of evidence:

See a doctor and speak to a lawyer ASAP

If you were involved in an intersection crash, it's critical that you see a doctor as soon as possible to get diagnosed and treated before your injuries get worse. Sometimes seemingly minor injuries don't produce symptoms until days after a crash. Even if you don't feel any aches and pains, you should still get medical attention. Doing so will help give you the tools to build a strong legal claim against the at-fault driver and their insurance company.

Before taking any other course of action, be sure to discuss your crash with an experienced Bronx car accident lawyer. The legal team at Giampa Law would be glad to sit down with you during a free consultation. Our law firm has earned a reputation for taking on insurance companies, fighting for fair settlements and getting results. We have fought for millions of dollars in settlements and verdicts for our clients. We have the case results to prove it. Contact us online or call us to get started on your claim.